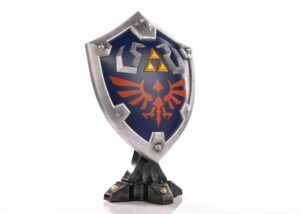 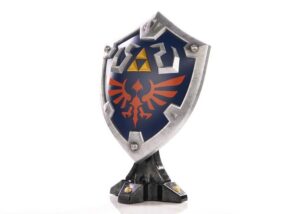 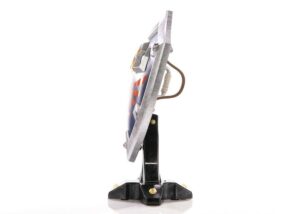 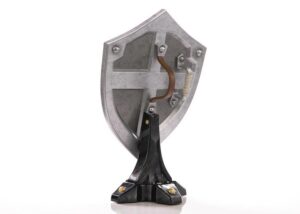 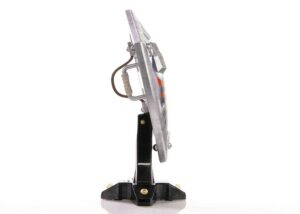 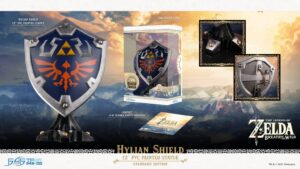 First 4 Figures is proud to introduce their latest PVC collectible, the Hylian Shield from The Legend of Zelda: Breath of the Wild.

The hero of Hyrule, Link, has tons of weapons, armor sets, and shields at his disposal when exploring the vast kingdom of Hyrule, but one of his most iconic pieces of equipment in the entire The Legend of Zelda series is the Hylian Shield. The blue front with silver borders, the Triforce symbol, and Hyrule’s crest are staples in its classic design, and this particular statue was inspired by the design from The Legend of Zelda: Breath of the Wild.

As for the base it’s mounted on, the Hylian Shield attaches magnetically to the display stand it comes with, which is simple by design but perfectly accentuates the shield itself! 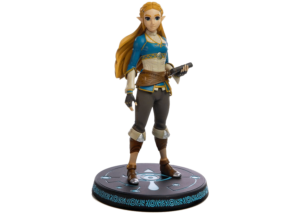 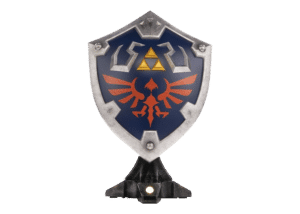 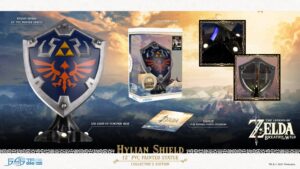 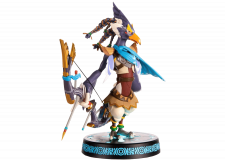 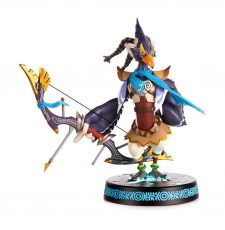 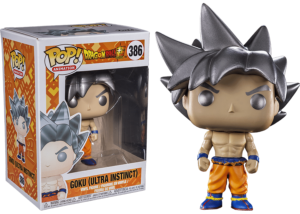 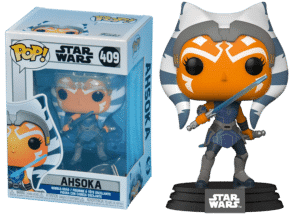 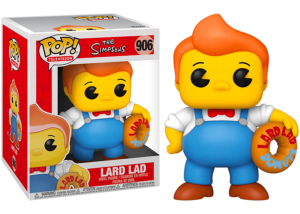 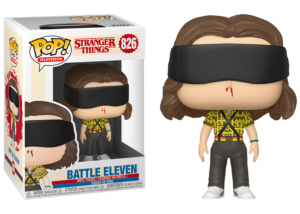 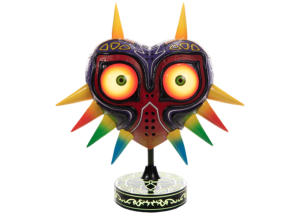 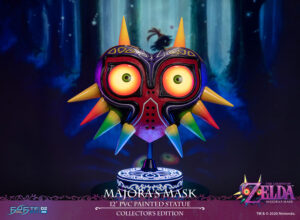 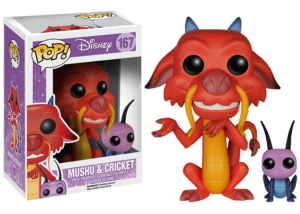 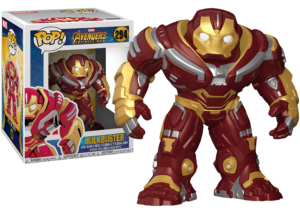 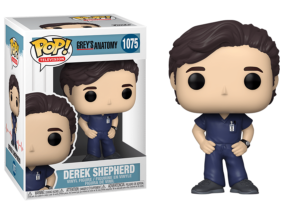