Set in New York City, Will & Grace focuses on the relationship between Will Truman, a gay lawyer, and his best friend Grace Adler, a Jewish woman who owns an interior design firm. Also featured are their friends Karen Walker, an alcoholic socialite, and Jack McFarland, a flamboyantly gay actor. The interplay of relationships features the trials and tribulations of dating, marriage, divorce, and casual sex; as well as comical key stereotypes of gay and Jewish culture. 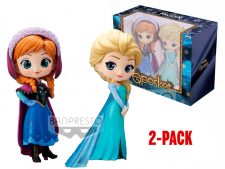